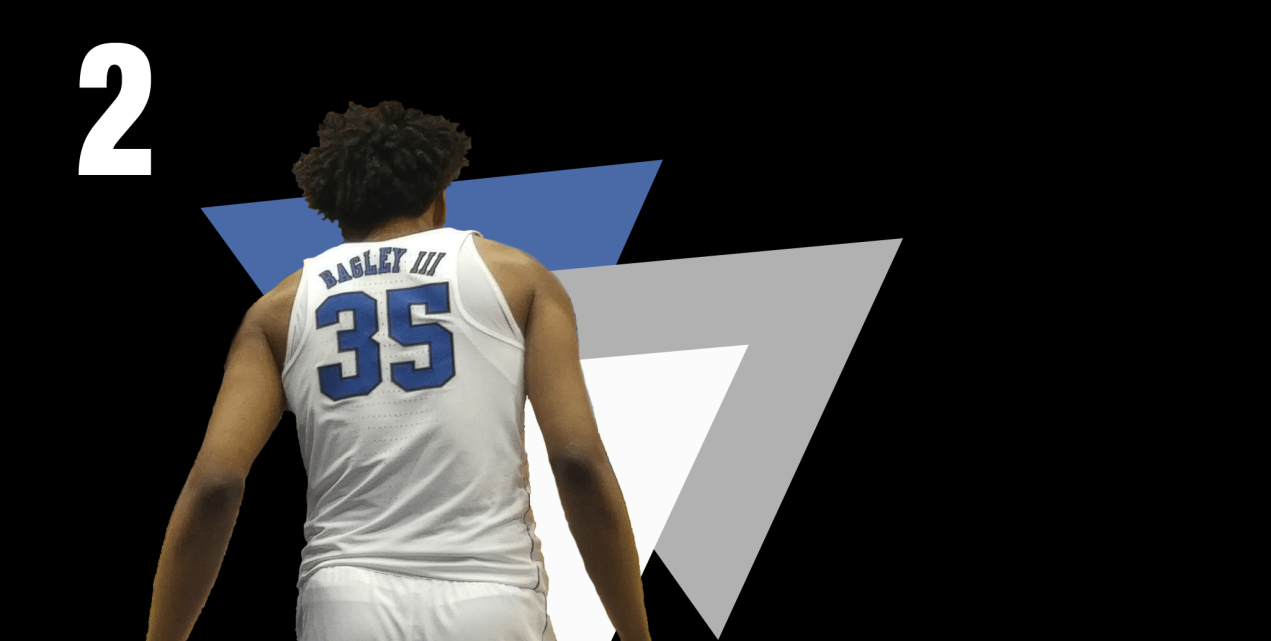 He’s a tweener. He has a bad wingspan for his height. His jump shot is suspect. His poor defense at Duke was part of the reason the Blue Devils had to move to a zone. His offensive game doesn’t seem to fit into this era. All very, very valid reasons to have concerns about Marvin Bagley.

But you can’t convince me that he won’t be a star at the next level. For as much as we like to fall in love with players with “natural NBA games” (see Luka Doncic) and prospects with “perfect NBA bodies” (see Mohamed Bamba), those aren’t the be-all, end-all traits you use to evaluate them.

At the end of the season, and as the draft draws closer, if you have a chance to draft a player that can redefine or break the mold of current NBA trends, you take it. If you have the opportunity to choose a player built to define the way we play basketball in the 2020s, you take it.

Marvin Bagley is that player.

While his flaws were on full display in college, I think Bagley will work out the kinks in his game and become one of the most well-rounded superstars in the NBA.

I forsee Bagley becoming a good-to-great perimeter defender bullying wings with his size and occasionally bottling up and funneling guards as needed. While he was hot-and-cold on this front in college (depending on the game, he was either locking down forwards and guards near the three-point line or getting shredded by them), I thinkhe will develop this part of his game through his mid-twenties.

If he can become a plus-defender around the arc, coaches can utilize him as a sort of jumbo wing, a nightmarish mismatch for other teams without the right personnel. He already has great feet and superb athleticism, he mostly lacks the defensive development to utilize it. Bagley can be slow to turn his hips to keep up with opposing players’ first steps, but he has excellent foot speed and athleticism to recover, he just needs to learn how.

I’m not sold on him as full-time center just yet, nor do I think he should be used there all the time. At the very least, Bagley should only be played at the five in small ball lineups catered to him. But it will be interesting to see if teams try to make him return back to the middle in the NBA; Wendell Carter Jr. occupied that spot for most of the year at Duke, forcing Bagley to the wings.

The defense is what will make or break Bagley’s future as either a high-energy role player or a two-way star. If he can become the elite perimeter defender that I think he can, he’ll become a player built for the playoffs. He might not ever offer the rim protection teams want out of their bigs, but he’ll at least be able to stay on the floor when teams try to grind him through pick-and-rolls, a trait I think offers more long-term value.

On offense, I think Bagley will continue to develop his ability to score down low to an elite level. Even if the NBA has moved away from post-heavy offenses, remarkable talents necessitate that trends be put on hold.

He can already drop-step opposing players into oblivion, and his ability to get himself balanced on quick, disorienting hops in the paint is impressive. I like Bagley’s game inside because its quick, doesn’t require a lot of setup, and consistently results in good looks. This isn’t Jahlil Okafar holding the ball on the block; these are quick moves to get his defender off kilter and get up a baby hook, layup, or dunk.

He needs to work on his right hand (Bagley is a lefty) in the NBA to become an ambidextrous finisher. I’m a bit shocked at how bad he is with his right, considering his inside game. It will take time, but as long as Bagley can become average with his right his potential will still fill out just fine.

Bagley also has a budding face up game that will become deadly with time, and most bigs will have a tough time keeping up with his ridiculous speed. His dribble needs to get tightened up and lowered, but he should be able to attack from the high post immediately.

I don’t project his jump shot to ever become the deadliest factor in his game, but I do think it will be good enough to make him a threat on pick-and-pops and worth guarding on corner threes. His mechanics are fine, but he gathers the ball too slowly for my liking and releases the ball after a lot of movement. So far, he doesn’t really have any ability to shoot off the dribble, and I don’t think ever will due to his odd-but-effective shot form.

Beyond his immediate offense, Bagley’s already-great rebounding should translate well to the next level. You’ll find him cleaning up his own misses, much to the dismay of recovering defenders, and getting putback after putback.

He should be a vacuum on the defensive boards as well, and has a good-enough handle already to grab the ball and start the break to mid-court. His athleticism shines best when he has the floor ahead of him, and, thanks to his excellent hands and touch, he’s capable of passing the ball off for quick lobs back, leading to plenty of easy dunks.

And if there’s one thing that will propel Bagley into the NBA’s upper echelon, it’s his motor. It’s rare to find somebody as athletic as Bagley that tries so hard, so consistently. It’s one of the reasons I think he will figure things out on defense sooner rather than later, and it’s what will separate him from other hyper-athletic bigs of the past.

He doesn’t need to be force fed in the post to be effective and coaches won’t have to force-feed him pick-and-rolls to get him to the rim. Even if his skill set isn’t yet defined in the way NBA teams want it to be, Bagley will always be able to contribute positively in a myriad of ways. In an a draft class of players looking to carve out their own niches into the NBA, Bagley’s future looks to be the most interesting.